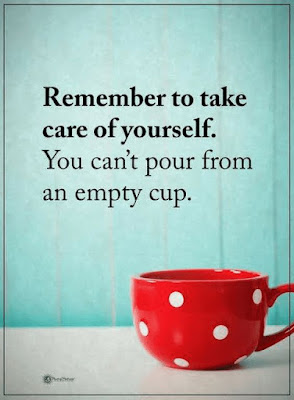 I gave up on some things this year that I never thought I would.
In our western society, we view those that give up on anything as an abject failure.  It doesn't matter how much it takes out of them mentally, physically or spiritually.  Giving up equals failure.

I gave up on having donkeys.  I gave up on holding in my feelings to protect others.  I gave up on a volunteer job that I feel is vital to my church and to all the children it serves.  I gave up on correcting my Father-In-Love when he goes to another place and time in his head.  I gave up losing weight for at least the 10th time.
I'm sure there were other things that I gave up, but these are just a few that spring to mind.  Am I a failure at life? Or am I just trying to look after myself?  Must we serve others and empty our cup completely?

In July of 2014, I brought home two donkeys.  They were a wish come true.  My entire life, I'd wanted a horse.  I finally got one in 2002.  In 2003 the horse and I had a disagreement about how far away we were from the barn that landed me in the hospital with broken ribs, a cracked pelvis and a concussion.  In 2004 I spent a great deal of money for training for both of us.  In late 2004, I sold him after another disagreement about how far away from the barn we were.  What does that have to do with donkeys?  I still loved equines.  I just didn't want to ride them anymore.  I set my sight on miniature donkeys.  Big enough for grandchildren to ride on a lead, but small enough that they wouldn't send me to the hospital if we disagreed.  Many things contributed to me finally getting them.  Emotional things.  I spent lots of time with them in the beginning.  As the years passed, I spent less and less time with them.  I went back to work and they became something else that I had to take care of at the end of the day.  The less time I spent with them, the less trustworthy they were around my grandkids.  Many things contributed to me finally deciding that they could do better.  Emotional things at first, but then practical things to follow.  I got luckier than I'd ever dreamed---the woman I'd bought them from, agreed to take them back.  They were going back to the place of their birth and whole herd of other donkeys.  I feel guilty for begging and pleading for something that costs a boatload of money (donkeys, vet bills, large barn, fencing for 4 acres, feed, on and on) and then I simply gave them away after only 5 years.  I wanted to be free to come and go without leaving them in the care of others.  Am I a failure?  No.  Do I feel badly for all the money I spent, guilty? Yes.  Do I miss them? No. Do I feel guilty for not missing them? Yes.

What a tangled mess.  I'll get over this one eventually.  At least I didn't hurt anyone and wasn't hurt by anyone.  Those kinds of messes are much harder to clean up.
Posted by Carla at 8:32 AM No comments:

Blogs I Love to Visit

"The world in which you were born is just one model of reality. Other cultures are not failed attempts at being you; they are unique manifestations of the human spirit." ~Wade Davis